I suppose having grown up in the San Francisco Bay area, I can lay claim to some expertise when it comes to fog. One thing I learned from my North Bay viewpoint, where I witnessed on countless occasions a massive fog bank roll in from the sea and bury an entire city, is that fog is prettiest from a distance. Since fog is essentially a cloud of water vapor at or near the earth’s surface, it is also best appreciated – and best photographed – from high ground. 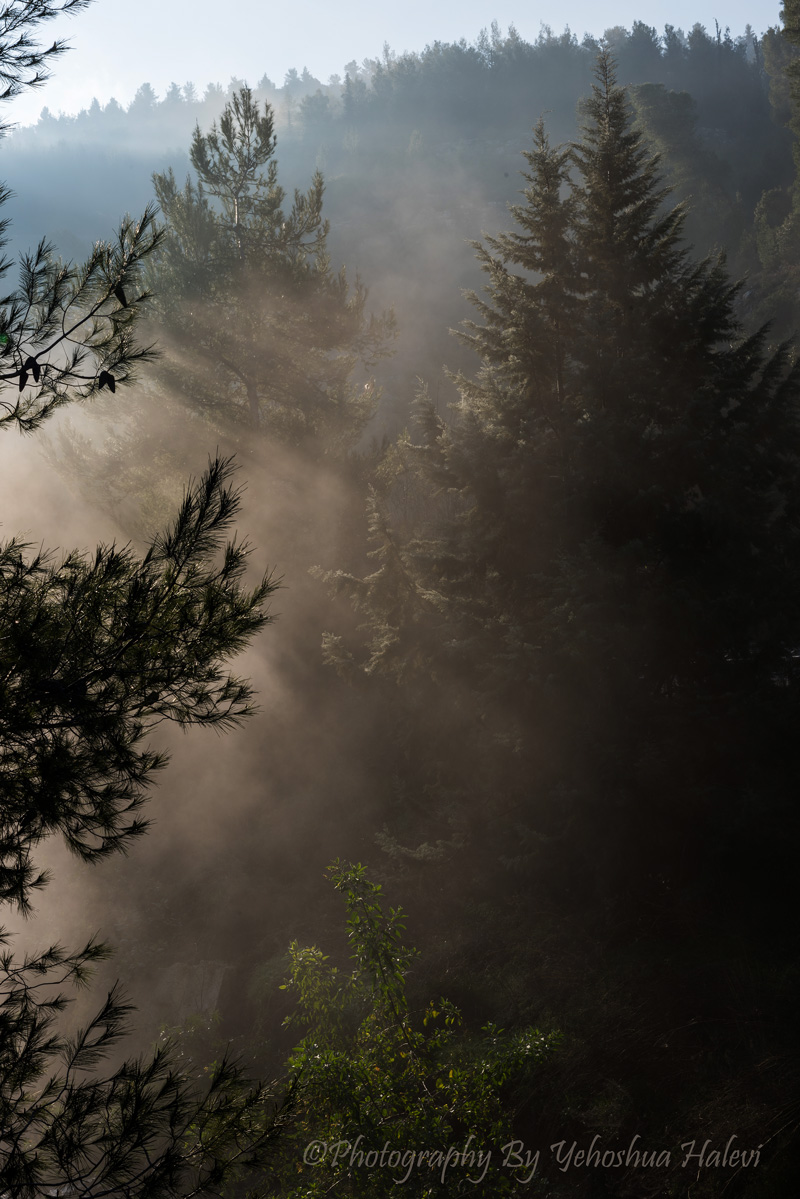 This first photo is of the lower Galilee foothills, enshrouded in early-morning fog at sunrise, in a view from the heights of Kibbutz HaNaton. There was little light striking the foreground hill and dale, but the glowing sky and partially-obscured ball of fire add a touch of warmth and character to the otherwise cool and monochromatic landscape at the moment the day awakens.

The second photo is a scene captured in Nahal Soreq, a valley that twists through the Judean Mountains below Hadassah Ein Kerem. On cold, winter mornings, a flowing creek produces heavy mist, which tangles with the sun’s rays when they finally surmount a distant ridge about an hour after sunrise.

Being a photographer means being present in your mind, but also rising at odd hours to be present to record something spectacular.