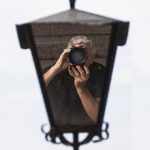 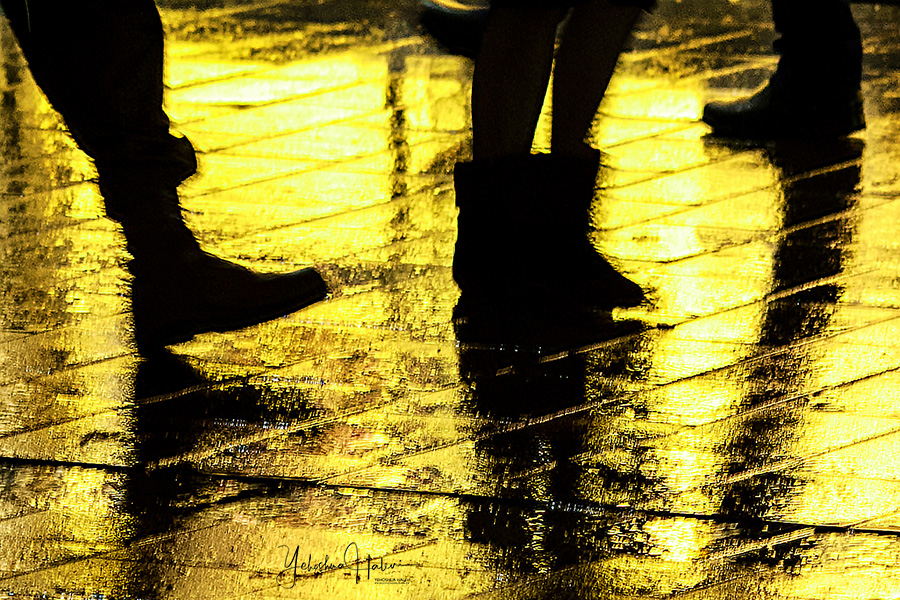 Relating to or concerned with the relation of living organisms to one another and to their physical surroundings.

A condition of instability or danger leading to a decisive change, especially one with the distinct possibility of a highly undesirable outcome.

In the winter of 2020, I was privileged to be artist in residence at Kol Ha’Ot Gallery in Jerusalem’s Hutzot HaYotzer Artist Colony. While there I completed a project combining Jewish textual study and photography. The project is built around the theme of the story of Noah and the Jewish response to climate change.

The full set of images may be viewed in my Rainbow of Climate Change Gallery on my website.

The story of Noah reads like a parable for 2020.

A corrupt generation is given an opportunity to change and avert a decree that it be destroyed. The messenger is ignored and God sends a flood which wipes out humanity.

This project examines the Jewish perspective on ecology and the environment in light of human-induced climate changes which threaten to make our planet uninhabitable at worst or force vast lifestyle adaptations at best.

The series of images form a rainbow as both a reminder of what is at stake – the destruction of the planet – and a call to action. Each composite image contains multiple motifs that refer to climate change and the potential Jewish response to these challenges.

Each piece began with a single image of a street or sidewalk photographed in the rain and illuminated by colorful, artificial light. Using Photoshop, additional images were blended into the base image to form a single, unique work of art.

RED: Diet, Kashrut and Cruelty to Animals. Kosher dietary laws have always demanded we pay close attention to what we eat and how we treat animals. The impact of dietary choices on the environment demands even greater modifications to our choices of what to consume.

ORANGE: Solar Energy and The Power of One. Alternative sources of energy must replace fossil fuels, a major contributor to greenhouse gases and global warming.  The story of Chanukah teaches how a small quantity of oil burned many days beyond what had been expected. Likewise, each person has a contribution to make that surpasses the widespread belief that our singular efforts are insignificant.

YELLOW: Awareness. The only piece in the series created from a single photograph, this image shows passersby on Jaffa Road in Jerusalem. We see only their feet as they scamper along the sidewalk in the rain. Climate change is incremental, creeping along unnoticed by many of us. We must educate ourselves, elevate our awareness, urge governments to act and take greater personal responsibility for what is happening.

GREEN: Nature and Deforestation. Trees are a vital resource in absorbing carbon, but worldwide, forests are shrinking. In this image trees vanish and are replaced by bricks which symbolize development. Destruction by construction. Clear cutting for farming and grazing, as well as wildfires, are decimating forests around the planet.

BLUE: Melting Ice, Rising Sea Levels, Drought and Floods. Water is at the center of the climate crisis. Over the past 10 years, Israel has attained water security through desalination, leading some to believe the problem has been solved. It has not, despite gushing waterfalls. The Dead Sea is disappearing. Pressure from population increases and unpredictable rainfall will continue to create water insecurity throughout the Middle East and around the globe.

INDIGO: Population, Human Impact and Migration. Flooding, drought and wildfires have already displaced millions of humans around the globe. While developed nations contribute the lion’s share of carbon emissions, the consequences are more often felt in less-developed nations with large, less affluent populations.

VIOLET: Shabbat and Sustainability. Shabbat is a core tenet of Judaism. It is a day when we emulate God by resting from creation. The climate crisis is in many ways a spiritual malady which can be healed by shifting attitudes and adopting new modes of behavior which show greater concern for humanity and the eco-system that enables life to flourish.

Share in the beauty of the Land of Israel, right from your desktop or phone. When you sign up to receive the Israel the Beautiful blog, you’ll get weekly photos from Israel along with stories, photo tips and updates on my latest workshops and tours.